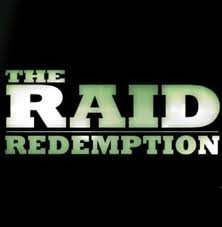 "Holy Shit" "Oh my God!" "Fuck, that was awesome!" are just a handful
of phrases I uttered over the course of The Raid: Redemption's hour
and a half running time. Featuring breathtaking stunts and
choreography, an excellent color pallet, great action direction, and a
surprisingly tolerable score by Mike Shinoda of Linkin Park, The Raid:
Redemption is the greatest action film of this generation. Forget Ong
Bak, forget Ip Man- this is the film that should come to exemplify the
resurgence of Asian martial arts films.


Gareth Evans, a Welshman, directs what is Indonesia's first
significant foray into international martial arts filmmaking (Evans
and star Iko Uwais previously worked on Merantau, a little seen and
forgettable film, in 2008). The plot is about as simple as can be- a
group of cops raid an apartment building in an attempt to take down a
dangerous drug lord. All hell breaks loose, and rookie cop Rama
(Uwais) is forced to finish the mission almost singlehanded.

While far from a compelling narrative, the film offers its true
substance in the cathartic release of some of the best choreography
I've ever seen, as well as some truly insane stunts that boggle my
mind. While the fighting occasionally becomes overwhelming, it never
ceases to take your breath away. Indeed, when walking out of the
theater, I felt like I'd just gotten my ass kicked. And you know what?
I fucking loved it.