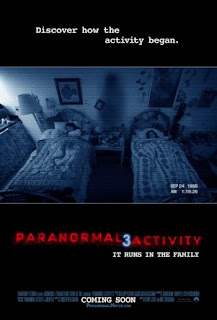 The creative door has officially been slammed on the Paranormal Activity franchise, which began quite humbly back in 2009 when it first scared audiences. Coincidentally, this whole door slamming business has also been done in all of our collective faces with the most recent third film where the filmmakers literally disrespect us all. 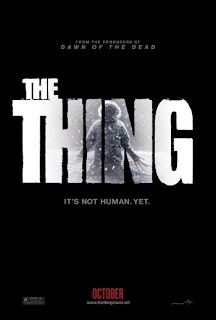 The Thing is arguably one of the best movies from the eighties—easily trumping the original 1950s film it originated from. As the years went by we, saw a video game made and interest grew in the property due to the cult status of the John Carpenter’s classic. A remake was definitely in the playing cards, but luckily was vacated in pursuit of a prequel; a hopefully fresh idea to possibly give some explanations as to what happened before the events in the original.

Read more »
Posted by Cinemecca at 8:58 AM No comments: 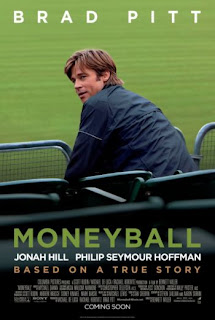 Moneyball is the story of a young analyst teaming up with a down-in-the-dumps manager of the Oakland Athletics in the early 2000s. Their plan? To use statistics and mathematics to determine the best team placements in baseball. Everyone thought they were crazy—everyone was against them from the start—and perhaps they were a bit before their time.

Read more »
Posted by Cinemecca at 1:28 AM No comments: 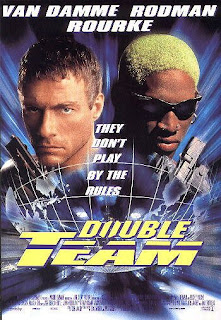 Cocaine is a helluva drug. No truer words were spoken when it came to Jean-Claude Van Damme's career in the late nineties where the drug was obvious at play with his performances and cinematic choices. He was no longer the promising (and super cool) martial arts superstar who graced us with Bloodsport and Lionheart (among many others), but an individual who was growing older and less of a force to be reckoned with.Double Team is hands down one of the worst movies he ever created in this time period.

Read more »
Posted by Cinemecca at 8:54 AM No comments: 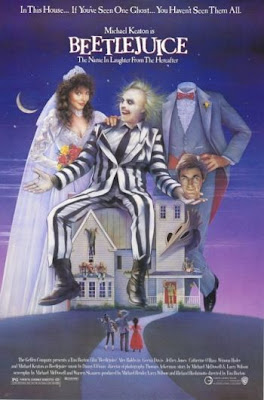 Adam and Barbara Maitland couldn't be happier in their humongous house that can't even maintain the love they have for each other. All of that ends abruptly, though, when they're involved in a car accident that leaves them...a little dead. Now they haunt their own house and can't even leave its confines without being put into this scary purgatory.

Read more »
Posted by Cinemecca at 7:47 AM No comments: 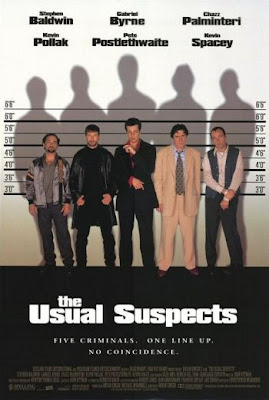 Being a chipper kid who grew up watching all of the 90s gems, I couldn't wait to watch The Usual Suspects again. I was shocked to see how it hadn't really stood up very well. Why it's a cult film escapes me.

Read more »
Posted by Cinemecca at 7:39 AM No comments: 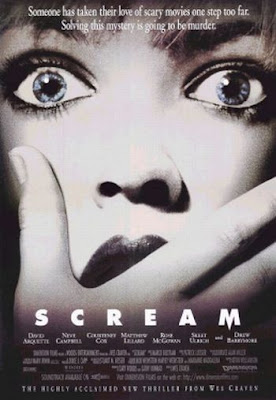 Remember all of those crappy slasher movies of the nineties? Urban Legend? I Know What You Did Last Summer? Valentine? Amongst many horrible others, mind you. Well, you can be sure to thank Wes Craven for ushering in the new era of slasher films in the nineties with his 1996 classic, Scream.

Read more »
Posted by Cinemecca at 7:32 AM No comments:

By Jason Haskins and Paco McCullough

There's lots of new films coming out this week, and surprise, surprise, some of these are actually worth renting. Check 'em all out


If you didn't have a chance to see this while it was in theaters, you owe it to yourself to pick it up now. Attack the Block is destined to be a cult classic. This sci-fi/horror/comedy defies easy definition, though at points it feels more conventional than maybe it should. A gang of British delinquents must face off against vicious attackers from outerspace. Exciting and fun, I enjoyed myself more during Attack The Block than any other film this year.
5 out of 5 stars
Read more »
Posted by Cinemecca at 8:33 PM No comments:

We had a lot to handle in this two week period, so we'll get right to it. 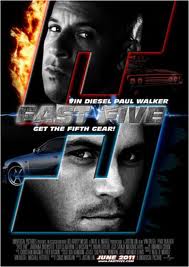 Fast Five
I had such high hopes for Justin Lin. His debut film, Better Luck Tomorrow, is one of the most engaging low-budget crime movies I've seen in a while. Since then, his track record has nosedived. Fast Five, the third film in the franchise that Lin has directed, is obnoxious, stupid, and full of unlikable characters. More importantly, it's boring, the one fault action films can't have. There are two standout moments in the otherwise horrible film- a train robbery near the beginning and an epic car chase through the streets of Rio at the end. As a matter of fact, they almost redeem the film. The ending car chase is easily the best car chase I have seen since The Bourne Identity. If you're a fan of car chases, consider renting it, but just skip the agonizing middle hour and a half. 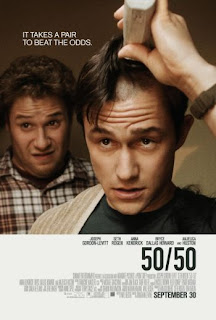 Ah, another bromance sort of movie has just been released in theatres. This time it stars Joseph Gordon-Levitt as a young man diagnosed with cancer trying to cope with everyday life whilst his friend (Seth Rogen) takes care of him and his illness. The movie sounds a little cliché (and it is to some extent), but these rhythms couldn’t be avoided because of where the story goes. All I can say is that everything about this movie worked.

Read more »
Posted by Cinemecca at 1:21 PM No comments: 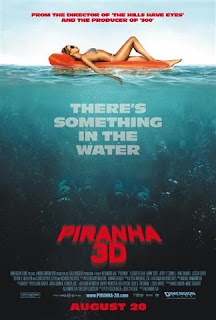 I remember really digging the first Piranha movie directed by Joe Dante, released in 1978, and owned by my older brother. Aside from Jaws, of course, this really rowed my boat because it mixed mayhem with water and the next best thing since sharks--piranha (the fresh water killer fish)!

Read more »
Posted by Cinemecca at 7:24 AM No comments: 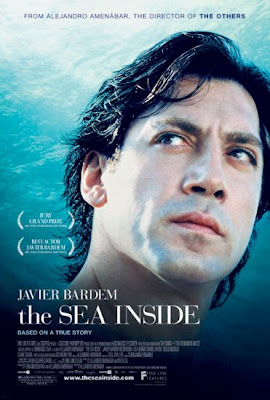 The Sea Inside was released in 2004 and is based on the true story of Ramon Sampedro--a Spaniard who, after a serious lack of judgment, dove into the ocean in too shallow of water and found himself paralyzed. This movie chronicles his last moments throughout the almost 30 years he fought to have assisted suicide implemented into his case and you'll watch as he finds himself completely loathsome of his situation, trying to get assistance in death, and feeling disconnected from the material world.

Read more »
Posted by Cinemecca at 7:18 AM No comments: 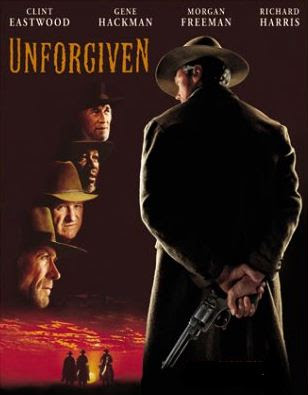 I'm never going to forgive Clint Eastwood for this damn movie. Eastwood might have been reaching the peak of his directorial pursuits (this, of course, being pre-Million Dollar Baby era) and some thought he was going to slow down as an actor, which he had hinted towards around the time that Unforgiven came out in 1992, but Eastwood created his finest masterpiece. One that literally closed the book on the Western genre. Sure, there have been some good Westerns since including HBO's series, Deadwood, but none have come close he sheer significance of Unforgiven's drive to push new boundaries for the genre as well as undercut all of the clichés and make something so powerful. 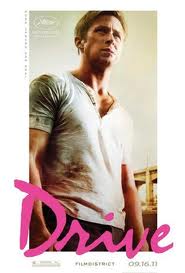 Nicolas Winding Refn has made some great movies (Bronson, the Pusher Trilogy) and some mediocre to bad films (Valhalla Rising, anyone?). However, before Drive, Refn had never created an out and out masterpiece. This is his best film, one of the best films I've seen in recent memory, and certainly the best thing playing at your theater right now.